PHOENIX – Governor Doug Ducey today announced that Sophia Liu and Jack Burgess have been selected as Arizona’s delegates to the National Youth Science Camp. At the invitation of Governor Earl Ray Tomblin of West Virginia, they will participate in the 53rd Annual National Youth Science Camp held near the National Radio Astronomy Observatory at Green Bank, West Virginia. Brianne Sprehe, and Karen Guo have been selected as alternates. 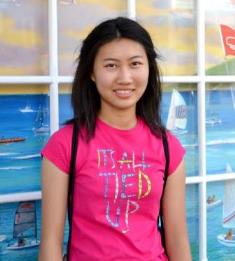 Sophia Liu is a senior at Desert Vista High School in Phoenix, where she is the Math Club President, Health Occupation Students of America (HOSA) Club Vice President and a member of the National Honor Society. Last summer she participated in the Ross Mathematics Program at Ohio State University where she studied number theory for six weeks. Her honors include winning 1st place in the 2015 Arizona HOSA State Competition and 2nd place in the 2015 Central Arizona Mathleague Competition. 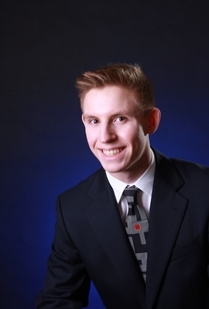 Jack Burgess is a senior at Catalina Foothills High School in Tucson, where he teaches project-based programming skills in varied languages as the founding member and leader of the Programming Club. From 2012-2014 he was a Junior Docent at the Arizona-Sonora Desert Museum, and in 2014, served as a University of Arizona KEYS Summer Research Intern researching shrimp development using genetic techniques. He was also a Science Olympiad State Champion Team Member in 2016. Jack is a member of the National Honor Society and will be attending Dartmouth College in the Fall.

Established in 1963 as a part of West Virginia’s Centennial Celebration, the National Youth Science Camp is an annual summer forum where two delegates representing each state exchange ideas with leading scientists and other professionals from academic and corporate worlds. Lectures and hands-on research projects are presented by scientists from across the United States who work on some of the most provocative topics in science today – including fractal geometry, the human genome project, global climate change, the history of the universe, the fate of our rain forests and robotics. Delegates to the NYSC are challenged to explore new areas in the biological and physical sciences, art and music with resident staff members. Delegates also present seminars covering their own areas of research and interest.

Ms. Liu and Mr. Burgess will be flown to Charleston, West Virginia, on Wednesday, June 15, and will return home on Sunday, July 10, 2016, after participating in this innovative educational program. The National Youth Science Foundation®, based in Charleston, West Virginia, covers all expenses, including travel. More information is available online at www.nysf.com and www.nysc.org.